Gynopedia needs your support! Please consider adding content, translating a page, or making a donation today. With your support, we can sustain and expand the website. Gynopedia has no corporate sponsors or advertisers. Your support is crucial and deeply appreciated. 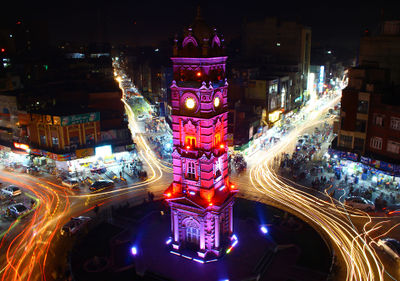 In Pakistan, birth control pills and condoms can be legally obtained without a prescription. While many Pakistani women do not use modern contraceptive methods, you can find condoms, birth control pills, IUDs, shots, injectables and more. You can also purchase emergency contraception (the morning after pill) without a prescription at pharmacies, health centers or clinics, and there are no age restrictions. The lowest cadre of health worker who is allowed to sell or dispense EC are auxiliary nurse midwives. You can receive STD/STI tests in Karachi, and there are no travel or residency restrictions attached to HIV status. Currently, there are no national programs in place for PrEP or HPV vaccines. Maternity care is provided for generally 45 days. If you are seeking out an abortion, it is only permitted in a few special circumstances, which we detail below. Many women in Pakistan resort to unsafe clandestine abortions every year, which are not recommended. Rather, if a woman is interested in seeking out an abortion, we provide recommended resources to help you in the "Abortion" section below.

In Pakistan, some forms of birth control, such as birth control pills and condoms, are available without a prescription. It is estimated that 38.5% of Pakistani women use some form of contraception. The most popular methods are male condom (9.9%), female sterilization (9.8%), withdrawal (8.4%), injectable (3.2%) and IUD (2.6%).[1] The Pakistani government is concerned about the surging population and maternal mortality rate, so it has sought to emphasize family planning. However, contraceptive usage remains fairly low. This can be partially understood through the social, political and religious lens of modern Pakistan.

The Family Planning Association of Pakistan (FPAP) was founded in 1953. The founder, Saeeda Waheed, was an advocate of birth control. FPAP was a part of Third Five Year Plan (1965–1970), which helped lay the foundation for Pakistani family planning strategy. During that period, the main contraceptive method switched from condoms to IUDs. Yet, in 1977, the government of General Zia ul-Haq banned publicity for family planning, amidst extreme political turmoil and the declaration of martial law. After Zia's power ended, family planning and population control went under the Ministry of Health, which has unfortunately remained fairly unchanged for the last 35 years. In recent years, there has been an effort to bring health care providers to women's homes, similar to the successful Bangladeshi door-to-door services. Yet, Pakistan's family planning policies still lag behind other Muslim nations, like Iran and Bangladesh, while military spending takes precedence over many other aspects of Pakistani society, including family planning. As reported by the Washington Post in 2011, "Over 50 years, Pakistan’s fertility rate has dropped from about six children per woman to an average of about four. But the decline has been far too slow for the country to reach its target of 2.2 children per woman by 2020."[2]

Aside from political issues, cultural and religious issues also play a large role. In Pakistani society, husbands, mullahs and mother-in-laws can play crucial roles in determining women's decisions. Contraception is shunned in traditional Islam, and the Pakistani religious political party has called contraception "un-Islamic." However, the largest determining factor does not appear to be religion. Rather, it is the familial pressure (especially from husbands and mother-in-laws) to have large families. When most Pakistani women get married, they move into their husband's family's home. At that house, they are often expected to become mothers to many children. When health care workers visit these homes, the mother-in-law usually answers the door, and it is common for the mother-in-laws to see no need for their son's wives to take contraceptives. Furthermore, husbands commonly feel that contraceptive decisions for their wives should be determined by Islam or their own mothers (who "know best").

Currently, Greenstar and Marie Stopes are some of the leading providers of family planning in Pakistan. However, the organizations recognize that they are a "drop in the bucket" and that family planning must be embraced community by community.

The are no travel restrictions related to HIV status. Some people report that recruitment agencies (for teaching jobs) have asked prospective employees to take an HIV test. However, HIV tests are not required to obtain a work permit.[6]

Regarding HPV: "Current estimates indicate that every year 5233 women are diagnosed with cervical cancer and 2876 die from the disease. Cervical cancer ranks as the 3rd most frequent cancer among women in Pakistan and the 2nd most frequent cancer among women between 15 and 44 years of age. About 0.5% of women in the general population are estimated to harbour cervical HPV-16/18 infection at a given time, and 88.1% of invasive cervical cancers are attributed to HPVs 16 or 18."[7]

In Pakistan, pads are the most commonly used menstrual product. They can be found in many stores. However, tampons are much more difficult to find, so your best bet is to look for them in supermarkets in large cities. You should be aware that the vast majority of pharmacy workers in Pakistan are men, and many male pharmacists do not understand menstrual products. Regarding menstrual cups, there appears to be no sellers of major brands (such as DivaCup, MoonCup, Lunette & LadyCup) In Pakistan, so if you want one, you should probably buy one online.

In Pakistan, maternity leave allows 45 days prior to confinement and 45 days after the confinement under rule 13 of the Revised Leave Rules, 1980. If you're under Armed Forced Nursing Service, it's 60 days.[9]

In Pakistan, abortion is only legal under two circumstances. The first reason is when the woman's life is endangered by the pregnancy. The second reason is “necessary treatment” early in the pregnancy, which may be interpreted as when termination of the pregnancy would preserve the phyicial or mental health of the woman. However, in all other circumstances, including when the pregnancy is the result of rape or incest, when there is risk of fetal impairment, social or economic reasons or availability upon request, are not permitted. According to the Guttmacher Institute, "Given a lack of clarity in interpreting the law, legal abortion services are difficult to obtain, and most women who have an abortion resort to clandestine and unsafe procedures."[10]

Regarding punishment, according to a UN report, "On the one hand, the law retains features of the old law. Penalties for the crime are still dependent upon which of two stages of development the pregnancy has reached and on whether the woman consents or not. In some cases, they also include imprisonment, now denominated a ta’zir penalty. On the other hand, the law defines the stages of pregnancy in terms of the formation of organs or limbs according to Islamic law principles and it introduces the distinctive Islamic law penalty of compensation or diyah in the case of late-term pregnancies. Finally, the new law is somewhat ambiguous: there is no clear demarcation of the two stages of pregnancy or definition of what constitutes “necessary treatment”. Indeed, the law has been criticized for just this reason."[11]

Pakistani law does impose penalties on abortions (typically, prison time, which varies depending on the length of the pregnancy at the time of the abortion). However, abortion -- particularly, underground and clandestine abortions -- continue to be performed in Pakistan each year. In 2012, there were an estimated 2.25 million induced abortions in Pakistan. Furthermore, "an estimated 623,000 Pakistani women were treated for complications resulting from induced abortions, the vast majority of which were performed by unqualified providers or involved traditional methods."[12] For these reasons, it is critical that, if you are seeking out abortion services, that you find a safe and experienced providers.