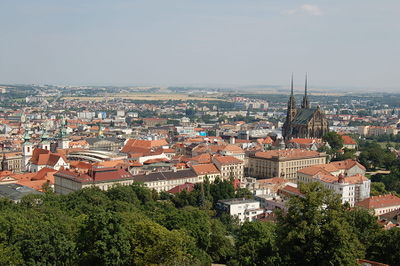 In the Czech Republic, there are many birth control options, such as pills, shot, implants and IUDs, but you will need a prescription before obtaining them. Condoms are easy to find and no prescription is required. Emergency contraception (the morning after pill) can be purchased without a prescription, and ellaOne (the most effective EC on the market) is also available. While there are many places to get an STD/STI test, and there are also no residency travel restrictions tied to STI status, there currently seems to be no PrEP available in the Czech Republic. You can get the HPV vaccine and most other vaccines or medications. There is a 28-week maternity leave policy for women and the government seems to be expanding its paternity leave policy as well. Abortion is fully legal in the first 12 weeks of pregnancy and, based on medical conditions or the condition of the fetus, it can sometimes be performed later as well. If you don't have legal residency or citizenship in the Czech Republic, you may have difficulty obtaining an abortion (this is information that we're still investigating).

In the Czech Republic, you need a prescription to obtain birth control. According to a 2015 report, 77.8% of Czech women (who are in unions or marriages) use some form of contraception. The most common forms of contraception were the pill (48.4%), male condoms (11.7%) and withdrawal (6.9%).[1]

For birth control options, like IUDs, shots and implants, you typically visit an obstetrician/gynecologist (not a General Practitioner) in the Czech Republic.

In the Czech Republic, you can purchase emergency contraceptive pills (the morning after pill) without a prescription.

In the Czech Republic, there are no travel or residency restrictions based on STI status. You will not be asked for a medical certificate in order to enter the country.

Note: If you're pregnant or if you donate blood, you can get a free HIV test.

If you have Czech health insurance, there are many clinics that can test you for free. If you don't have insurance, you can expect to pay around 2000 CZK for a series of tests. Another local reports the following costs when she recently had tests: 1000 Kc for the visit, 350 for sampling, 350 each for syphilis, gonorrhea and chlamydia testing and 440 for HIV test.

In the Czech Republic, abortion is legal for up to 12 week of pregnancy. If there are medical reasons, abortion is legal for up to 24 weeks of pregnancy. If there is a serious problem with the fetus, abortion is legal at any point.[7] Since June 2014, if a woman is up to seven weeks pregnant, she can purchase RU-486 (the abortion pill) at pharmacies after she has received a prescription at a specialized gynecological clinic in a hospital.[8] For an abortion to be legally performed, the woman must submit a written request. If a gynecologist determines that the abortion would be detrimental the woman's health, the gynecologist can deny the request. Generally, Czech abortion law is based on the Law on Abortion of October 20, 1986 and the Notification of the Ministry of Health of the Czechoslovak Socialist Republic of November 7, 1986 (last amended September 8, 1992) on Implementation of the Law on Abortion.[9]

The Czech population seems to generally be in favor of abortion legality. According to a 2007 poll, 72% of Czech people thought that abortion should be allowed "at the request of a woman." In 2013 Pew Research Survey, 19% of Czech respondents found abortion to be morally objectionable.[10]

Important Note: If you're not a legal resident or citizen of the Czech Republic, it appears that you cannot obtain a legal abortion. We haven't 100% confirmed this, but we've read about accounts of non-resident women (who requested abortion services) being turned away from Czech clinics, and there seems to be evidence that a Soviet-era law (which implemented this restriction) is still in place. There may be some providers who secretly provide abortions to non-residents, but they may not be safe since they're not legally regulated. If you're not a resident or citizen, you may want to consider getting an abortion outside of the Czech Republic.