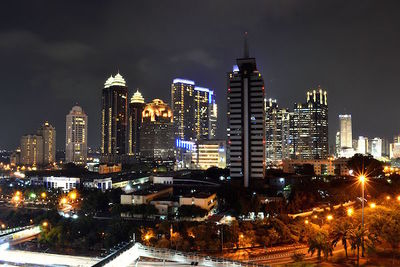 As the largest city in Indonesia, you will find many health care resources in Jakarta. Contraception (birth control) is available, including birth control pills, injectables and IUDs. While you technically need a prescription for emergency contraception (the morning after pill) in Indonesia, this is not widely enforced in Jakarta. Locals report that it's very easy to buy EC over-the-counter in Jakarta. If you cannot access dedicated emergency contraception, you can use oral contraceptive pills as replacement EC (we provide details in the "Emergency Contraception" section). You can get an STD/STI test at many clinics and facilities, and especially in Jakarta, there are many resources that assist in the treatment, counseling and support of people who are HIV+. There is an HPV vaccination pilot program in Indonesia but there is currently no PrEP program in place, as of January 2017. While there is maternity leave of 3 months, there is barely any paternity leave in place. Abortion is generally illegal in Indonesia, although it is commonly performed in an underground and clandestine capacity, often in unsafe and not recommended conditions.

In Indonesia, you can buy contraceptives without a prescription at most pharmacies (known as "apotiks"). You may be able to find a wider selection of medications, as well as more professional services, at hospital pharmacies. But even in hospital pharmacies, you will not find all brands, and Nuvaring seems unavailable in Indonesia. It is estimated that 62.9% of Indonesian women (ages 15-49) who are married or in unions use some form of contraceptive with injectables and oral contraceptives as the most common choices.[1] 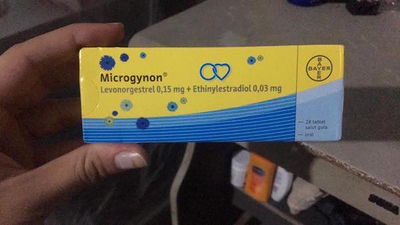 While you may find contraceptives at many pharmacies, here's a list of recommended pharmacies in Jakarta:

In Jakarta, you can purchase emergency contraception (the morning after pill) without a prescription. While Indonesian law my technically require a prescription, this does not appear to be widely enforced. In the private sector, the lowest cadre of health workers who are allowed to sell or dispense EC are midwives. It is estimated that 11% of Indonesian women of reproductive age have knowledge of EC and that 0.3% have ever used it.[2]

Based on one study, it appeared that Indonesian health care professionals support keeping it prescription-only: "Although most participants were familiar with EC, only 22% received a very good knowledge score (4 or 5/5 answers correct), while 52% received a poor score (0–2/5 correct). Most participants did not support the OTC availability of EC (70%). Logistic regression identified that participants who prescribed EC had an Odds of 3.8 (95% CI 1.90, 7.73) of approving OTC EC, after adjustment for age and speciality."[3]

The medicine can be had quite cheaply, while you will also have to factor in the costs of doctor's visit. For example, at SOS Medika Klinik Kuningan, a box of Postinor-2 (emergency contraceptive) costs IDR 44,000 while the necessary doctor's consultation costs about IDR 500,000 (September 2019).

Important Note: If you think that you've been recently exposed to HIV (i.e. within 72 hours), seek out PEP (Post-Exposure Prophylaxis). It's a month-long treatment that may prevent HIV infection, and it may be available in your city. Take PEP as soon as possible.

In Indonesia, there are no travel or residency restrictions related to HIV status. You will not be asked for a medical certificate in order to enter the country. According to Indonesian law, if you want to obtain an Indonesian work visa (KITAS) from the Education Department (DIKNAS), you may need to take an HIV test.[6] However, locals report that this is not typical and that they've never been asked for an HIV test.

Regarding HPV, according to the HPV Information Centre, "Current estimates indicate that every year 20928 women are diagnosed with cervical cancer and 9498 die from the disease. Cervical cancer ranks as the 2nd most frequent cancer among women in Indonesia and the 2nd most frequent cancer among women between 15 and 44 years of age. About 4.0% of women in the general population are estimated to harbour cervical HPV-16/18 infection at a given time, and 87.2% of invasive cervical cancers are attributed to HPVs 16 or 18."[7]

In Indonesia, pads and pantyliners are the most common menstrual product, and they can be found in grocery stores, convenience stores, pharmacies, etc. While you can find tampons in Indonesian cities, especially at international and high-end pharmacies and grocery stores, they are much less common than pads. You can look for tampons at pharmacies like Guardian and Century. Some tampon brands you can expect to see are Playtex, Laurier and Charm. You can also try to check in Japanese supermarkets for tampons. In smaller towns, you'll have great difficulty finding in tampons.

As for menstrual cups, you may be able to find them from small-scale businesses, especially those that cater to an international crowd. You can also purchase them online. For example, you can order the Mooncup from the UK, which can be delivered to Indonesia - click here for details. You can also order the Lunette menstrual cup online LiveLoveLuna. There appears to be no local sellers of DivaCup or LadyCup in Indonesia, so those brands should also be purchased online.

According to Indonesian law, women must receive 3 months of maternity leave with 100% of their wages covered. They must take at least half of their maternity time after the birth. If a pregnant woman can receive the proper paperwork from her doctor, she can also be allowed to not work between 11 PM to 7 AM.[12] While some sources say that men have absolutely no paternity coverage, other sources ay that men can receive 2 days of leave when their wives give birth.[13]

If you are in Jakarta, the best prenatal care be found in private hospitals. However, Indonesian women, especially in rural areas, have a variety of ways of accessing prenatal care. To read a more comprehensive run-down of services, check out this article from AngloInfo.

Despite the strict abortion laws, Indonesia has a high abortion rate. While there is no official data, it's estimated that 2 million induced abortions occur in Indonesia each year and that the deaths caused by unsafe abortions account for 14-16% of all maternal deaths in Southeast Asia. Furthermore, estimates indicate that Indonesia experiences 20% more abortions per year than in Southeast Asia as a whole. Sadly, three out of one thousand women are hospitalized in Indonesia every year from botched abortions.[15]

There are many methods of abortion in Indonesia. First, there is also a loophole in Indonesian law that can sort-of (in a grey area way) permit abortion: Menstrual Regulation. This law allows that women can receive vacuum aspiration as a procedure to "regulate" their menstruation if they have missed their period. Studies show that the majority of women who receive MR procedures in Indonesia are married and educated.[16]

Due to lack of economic resources, accessibility and education, many Indonesian women resort to traditional and folk methods to induce abortion. Perhaps one of the most common traditional methods is massage, also known as "pijat" in Indonesia. This is the traditional method performed by a "Dukun Bayi," meaning it's not performed by a trained health care professional and is therefore not recommended. Nevertheless, it remains one of the most popular methods for poor and rural women due to lack of options. Some other women ingest an herbal drink called "Jamu," which originates from Java. The most effective Jamu for menstrual regulation and abortion is considered to be "Jamu telat bulan" (or Jamu Peluntur), which is made of boiled roots and leaves. It is common for women to find that they're still pregnant after attempting to drink Jamu many times, so they then seek out other abortion options.[17]

Among modern methods, you can find dilatation and curettage (D&C), which is taught in many Indonesian medical schools and also known by Indonesian midwives (but is often practiced illegally in unsafe environments). Some women also get saline injections in the second trimester, but it's not often not effective in fully inducing abortion. There is also a black market for the abortion pill, but there are many unsafe pills and you should be very careful.

According to a 2015 report, the most common methods of abortion in Indonesia were vacuum aspiration or D&C (38%), oral medication or massage (25%), injected abortifacient (13%), foreign objects inserted into the vagina or uterus (8%), magic (8%), herbal methods or other methods inserted into the vagina/uterus (5%), and acupuncture (4%).[18] Many of these methods are unsafe and one should exercise extreme caution when considering the best method. Please contact a health provider (we have recommendations below in the "What To Get & Where To Get It") section before seeking out an abortion option.