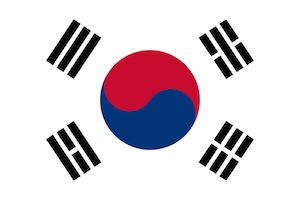 Contraceptives are completely legal in South Korea and can be purchased in a pharmacy. You can buy many birth control brands, like Mercilon, without a prescription at pharmacies (if you ask the pharmacist for it). However, some contraceptive brands may require a prescription. For example, a female backpacker said that South Korean pharmacists told her that she needed a prescription for Yasmin.

In 2012, President Pak Geun-Hye and his conservative government announced that the Korean Food & Drug Administration was considering reclassification of birth control pills, which would make the pills prescription-only. This caused public outrage and wide online discuss of the issue. Three months later, the proposal was dropped. It was decided to put the reclassification on hold for three years -- and, to this day, it seems to remain on hold. As reported in Korea Bang, "Asides from the 'woman’s right to choose' argument, one of the reasons Korean women get upset over the issue is perhaps cultural: unmarried Korean women rarely visit a gynaecologist. Even when seriously ill, a visit to a gynaecology clinic would be reluctant for fear of the disapproving stares around them. That’s not to mention the social pressure on Korean women to remain sexually naïve."[1]

In 2015, it was estimated that 78% of South Koreans use any form contraception.[2] However, only 2..8% of Korean women use the birth control pill.[3] Many men and women also underwent the forced sterilization programs of the 1970s and 1980s.[4] Condoms also appear to be more popular than oral contraceptives.

In Korean, birth control pills are 피임약 (pronounced "pi-im yak"). The most popular brand in Korea is Mercilon (머시론). You can purchase condoms in convenience stores, pharmacies, Olive Young, Watson's, and sometimes in subway vending machines.

It appears that you can get the Nuvaring in South Korea, but we don't have much information on this (anyone?).

As for IUDs in South Korea, one poster on Reddit wrote: "IUDs are great, but the general consensus over here, unlike in the US, is that they're bad for unmarried women, so she may have trouble getting a doctor to consider it here. I had a hospital gynecologist here who tried very hard to convince me to have mine taken out.[5]

Morning after pills (사후 피임약) are only available with a prescription. As explained by the International Consortium for Emergency Contraception, "EC currently still requires a prescription. Although in August 2012 the Korean Food and Drug Administration (KFDA) decided to repeal an earlier initiative that would have approved EC for over-the-counter use, due to intense debate within the country among various stakeholders, the KFDA abandoned the reclassification initiative."[6]

For nearly all medications in Korea, you need a prescription from a doctor. For yeast infection medication, you can ask for the "Canesten" at the pharmacy (though I believe you need a prescription first), which is similar to Monistat or Lotrimin. Pharmacies should have both the cream and suppository types of Canesten. The word for suppository in Korean is "좌약" (prounounced as "jwa yak"). For UTIs, you will also need to see a doctor for treatment. Be sure to specify that you believe it is a UTI, otherwise the doctors may assume that you have an STI (due to the burning sensation). For herpes (수포진, or "supojin" in Korean), Valtrex is not readily available (as of 2012), but there is a generic version in Korea. Regarding HPV vaccines, the government approved Gardasil for females (ages 9-26) and males (9-15) in 2007. Since 2016, it has been a part of the National Immunization Program, and all children under 12 in South Korea receive the vaccination free of charge. Regarding HIV medication, the Korean government seems to bar foreigners with HIV/AIDS from entering the country. It also requires that all foreign teachers take HIV tests. If foreigners are found to be HIV+, they will most likely be deported. As for locals with HIV/AIDS, there seem to be no special treatment centers in South Korea. There also no known distributors or trials for PrEP. The word for AIDS in Korean is 에이즈, or "eijeu."

Note: Thanks to Korea4Expats[8] for providing much of this information!