From Gynopedia
Jump to navigation Jump to search
Honduras / Tegucigalpa 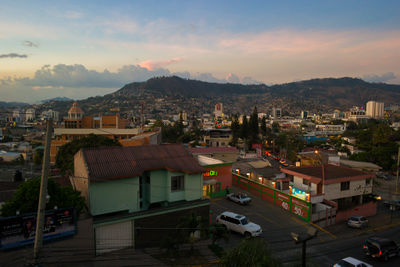 In Honduras, you can purchase condoms and birth control pills at pharmacies without a prescription, and no screening is required.[1] [2] However, for other forms of birth control, such as injectables and IUDs, you may need to directly visit a hospital or clinic to obtain them.

In Honduras, there are no known travel restrictions for people with HIV/AIDS. This means that, if you're a foreigner, you can enter the country, regardless of your HIV status, and visit for a short-term trip. However, if you're a foreigner who wants to get a residence card or work permit, you'll need to take a test and prove that your HIV-negative.[10] [11]

In 2017, it was estimated that about 22,000 adults and children were living with HIV in Honduras. In total, about 0.3% of adults living in Honduras are living with HIV, according to estimates, and about 52% of people living with HIV are on ART (i.e. treatment). Generally, women tend to receive HIV treatment at higher rates than men, with about 65% of women on ART and 43% of men on ART. The higher rate for women may due to the additional medical care that women receive as mothers, since 65% of children with HIV are also on ART. It is estimated that about 53% of pregnant women receive ART for Prevention of Mother-to-Child Transmission of HIV (PMTCT).[12]

In Honduras, abortion is prohibited without exception.[16] However, this does not mean that women in Honduras do not receive abortions. In fact, it's estimated that there are about 50,000 to 80,000 clandestine abortions in Honduras per year, as of 2019. There is a large clandestine abortion network in Honduras, and it is reportedly common for people to procure medical abortion pills through underground networks. There is also an abortion hotline ("La Linea", or "the line" in English), which provides information on abortion services, and people can call this hotline anonymously.

One warning about hotlines: There are anti-abortion hotlines that try to trick people into thinking they are calling pro-choice hotlines (which often advertise services in newspapers).

It is important to understand that women die every year in Honduras due to complications from abortion procedures. The underground network of providers does not have the regulations of legal networks, so women sometimes have abortions in unsafe conditions.[17]