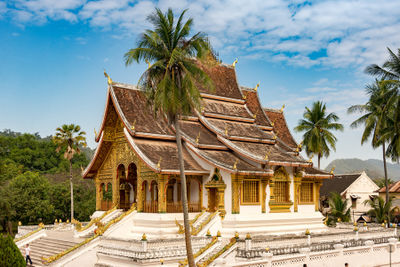 In the past few decades, Laos has undergone rapid development. While many of the country's health care resources remain limited, they are in a state of transition. You will find that certain birth control methods, such as pills or condoms, are easily purchased over-the-counter. Some more advanced methods, such as IUDs, may be obtained in certain hospitals or clinics. However, other methods, such as patches, implants or injectables, may be technically available but difficult to find. You can purchase emergency contraception (the morning after pill) without a prescription at pharmacies, yet public knowledge of ECPs is not very high overall. You can receive HIV testing at various clinics in larger cities, like Vientiane or Luang Prabang. While HIV rates in Laos currently remain low, as of 2017, they are increasing at a rapid rate, and one should always practice safe sex anywhere, including in Laos. There is also an HPV vaccination program in place. Regarding menstruation, you can find pads and tampons in city markets. However, it may be very difficult to find menstrual cups, so they should be ordered online or purchased outside of Laos. Finally, the current state of abortion policy (as of June 2017) is in a state of transition in Laos and rather complex. To understand both the practice and policy around abortion in Laos, please refer to the "Abortion" section below.

Historically, Laos has experienced periods of both rejecting and embracing family planning. In 1969, the International Planned Parenthood Foundation teamed up with the United States Agency for International Development to develop family planning programs. It was under these efforts that the child‐care and maternity wing of Mohosot Hospital, based in Vientiane, was developed. The hospital performed some vasectomies and tubal litigation procedures.[4]

However, in 1976, the Laotian government officially banned birth control. There may have been a few reasons for this ban. First, after the decades long Laotian Civil War (1953-1975), the government wanted to build up its population with a new generation of Laotians. Furthermore, the family planning policies of the past were associated with American involvement in Laos, which the government wished to distance itself from. During this period, birth control pills disappeared from the shelves and any remaining supplies were treating as contraband.[5]

By the late 1980s, birth control was accessible again[6], and since the 1990s, the Ministry of Health has advocated for birth control and family planning. The Ministry has typically advised women to space out births every two to three years.[7] Since 2012, the the rate of married women using contraception has increased by 0.9% per annum.[8] In 2017, Laos held its first First National Conference on Family Planning, organized by the Ministry of Health and United Nations Population Fund (UNFPA).[9]

Yet these changes have primarily affected the lives of Laotian urban women, who have adopted family planning methods in larger numbers. For rural women, however, contraceptive use remained low into the 1990s, and in areas that were far from provincial capitals or the Thai border, contraceptive usage was "virtually nonexistent," according to one source.[10] As women in rural areas come from a wide range of tribal and ethnic backgrounds, and they speak many different languages, it has been crucial that the women receive locally-tailored resources. Most recently, the Laotian government has begun to make inroads in rural communities due to the work of Community-based distribution (CBD) workers, who are educating their local communities and distributing free contraceptives. The CBD workers have received training from the Laotian government and UNFPA. One of the main issues is that the majority of the CBD workers are male (not female). To read more about CBD workers in Laos, click here.

Today, over half of Laotian women use some form of birth control. Some unmarried women report feeling shamed by judgmental health care providers,[11] yet others report that they can easily purchase contraceptives at their local pharmacy.

Overall, public understanding of ECPs remains low. According to a 2013 study of 500 young adults in Vientiane City, only 22.4% of respondents had heard of ECPs and only 17.9% knew the proper timeframe for effective usage. Despite these low numbers, the respondents did express generally favorable views of ECPs. In fact, 85% believed that ECPs should be available in Laos and 66.8% said that they would use ECPs, if they ever needed them. Regarding the respondents who said they would not use ECPs, their major concerns were around perceived negative health effects.[25]

According to a health care professional in Laos, there is some stigma around purchasing ECPs: "EC pills are actually pretty widely available from pharmacies and providers. There is not a lot of additional stigma then with the use of regular contraceptives. Generally, stigmas are against unmarried people accessing contraceptives, but this is changing fast in Laos. In some ways, I think providers can have less stigma around EC pills for young people because they are more understanding of an emergency situation (as opposed to a young, unmarried woman having regular sex). This is just my opinion though." (June 2017)

In Laos, there are no travel or residency restrictions related to HIV status.[30] This means that, if you're a foreigner entering Laos (whether as a tourist, student, worker or prospective resident), you won't be asked for a medical certificate certifying your HIV status. Furthermore, if you test positive for HIV in Laos, you shouldn't be deported from the country. However, if you're pregnant and receive prenatal care, or if you're a foreigner who wants to marry a Lao national, you'll probably need to take an HIV test.[31] It's typically mandatory in these cases.

There are an estimated 11,000 people with HIV living in Laos.[32] While this number is lower than neighboring countries, such as Thailand or Cambodia, HIV rates are on the rise with about 1000 new cases being reported each year, leading to the claim that there's currently a "Lao epidemic." The highest risk groups tend to be sex workers, transgender people, injection drug users, and MSM (men who have sex with men).[33] [34] As the Laotian borders have opened up in the recent years, the country is seeing higher rates of transmission among foreigners, migrant workers and injection-drug users along the borders as well.[35] These groups have been difficult to reach because they have been historically disenfranchised from mainstream Laotian society, and many feel intimidated by or wary of medical services. However, it should be noted that heterosexual intercourse has also been recorded as a primary form of transmission.[36]

When some people test positive for HIV, they may not seek out medical services, which puts future sexual partners (or people with whom they have intimate contact) at risk.[37] This can be partially attributed to lack of education surrounding HIV and STIs as well. According to a 2013 UN report, only 23% of women and 30% of men had a comprehensive understanding of HIV.[38]

In response to rising HIV rates, the Laotian government has taken some important steps. From 2006-13, the number of ARV treatment centers rose from merely two to eight centers, and five support offices were created. However, the Laotian government most likely needs to more heavily invest in HIV/AIDS treatment and prevention. Currently, the country is heavily reliant on foreign aid and humanitarian agencies, such as the Global Fund. This is concerning to many people in Laos, since this does not create a sustainable long-term model.[39]

The state of abortion law in Laos is in transition. Here's how a health care professional, based in Laos, explains the current situation (as of June 2017): "There is actually a lot of misinformation about abortion in Laos floating around. A lot of reputable websites do report that it is illegal except to save a woman’s life, but this isn’t true. Abortion is not illegal at all, but until 2016 it was restricted." She continues, "It is really difficult to figure out what to say in this transition period because what happensin practice is very different than what happens by law:In Laos, abortion is generally available, however, the area around what is legal vs what is available in practice is grey. Safe abortion services are available at provincial and district hospitals, where OBGY providers are generally trained in MVA and Medical Abortion with Misoprostol. Though historically abortion has been illegal or highly restricted except in incidences where a mother's life is in danger or the fetus is impaired, in fairly common practice a woman could also seek abortion services for socioeconomic reasons with a written certificate from their village chief, which confirms that the woman is too poor or has too many children to afford any more children. Misoprostol, a drug that is effective on it's own for abortions, is legally registered and available in Laos under the brand name Ace Miso. Many (but certainly not all) pharmacies routinely stock this drug and some will provide it even without a prescription. Mifepristone, a drug that greatly increases the effectiveness of Misoprostol when taken together, is available through some pharmacies and providers, though it is not yet legally registered or regulated in Laos.

Laotian abortion law is also in a state of transition. In 2016, the government went through a process of liberalizing the guidelines for safe abortion services and these changes will become publicly disseminated later in 2017. The penal code still needs to be revised, as it currently does not comply with these new guidelines."

Comments from health care professional based in Vientiane: